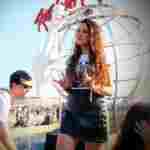 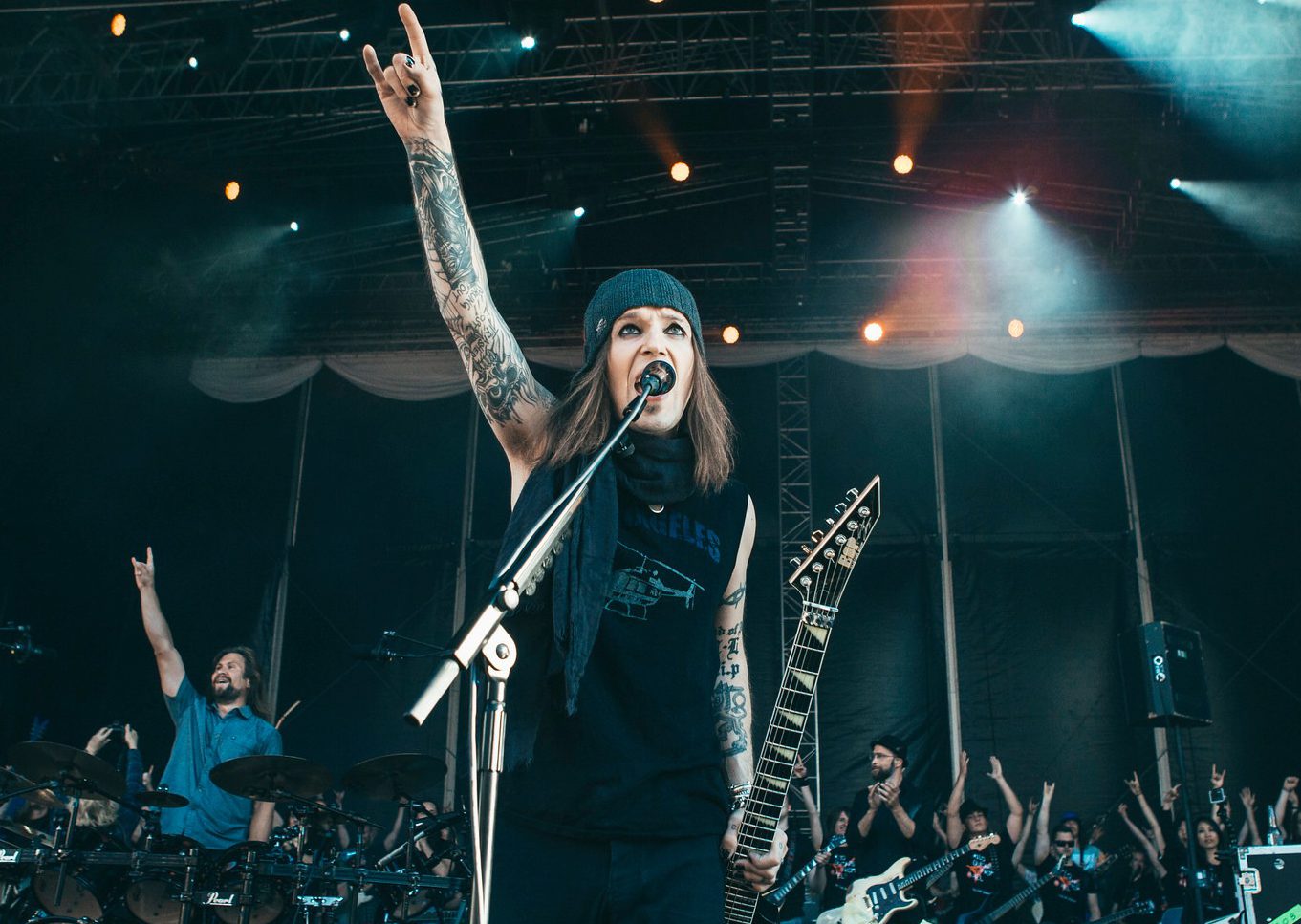 Exactly a month ago, very early in the morning, I received one of the most painful news that I have ever received.

Around 07:00 in the morning, my cousin and with whom we enjoyed a pleasant adolescence listening to Children of Bodom, wrote to me on WhatsApp: “Cousiiiiin, How terrible! Did you hear the bad news? Please sit down first. Alexi Laiho died”.

At that moment I really felt an intense pain in my chest, the world was paralyzed and my heart broke. I wanted to believe it was a bad joke, but there was no reason for that. I sat on the bed and began to cry, after reviewing the national and international press and confirming the news.

I left a voicemail to my press team at Rock Legacy Webzine and tearfully asked them to please someone else cover this story, because I really couldn’t, I was devastated.

It’s been a month since all that and the pain is still intact, alive; Still, I prefer to remember the good times; the beautiful two decades that one of the human beings I have loved and admired the most in life gave me and I am going to do a brief review in gratitude to all that trajectory.

All begun in 1997 when I was only seven years old, my uncle Jano – to whom I owe all this melomaniac – let me in to explore his musical collection to his bedroom. For me it was a dream come true! To be able to go through with my hands all those Rock In Rio re-recorded records, cassettes and VHS and a few other recitals.

There, without further ado, a cassette stood out among the others, which captivated me only by its completely red cover and -for the at that time- “monster” who with his hand invited me to join that ritual in Lake Bodom and listen to it as loudly as you can.

Immediately and without understanding any English at that time given my young age, I put the cassette on the radio and the magic exploded. “Deadnight warrior” began to play and a horde of metallic sounds, melodic keyboards and guitar solos blew my mind.

I couldn’t believe how wonderful my ears were hearing. I was before the first metal band that I decided to listen to myself, because we agreed that all my influence was always inherited by my uncle.

I immediately wanted more, but unfortunately in those 90s it was very difficult to get foreign music and soon after I found out that this was just the first album by the Finnish band called “Children of Bodom”.

It took more than two years for me to discover the beautiful green album, “Hatebreeder”, which to this day is my favorite, because obviously the cassette of “Something Wild” was already scratched from giving it so much play.

I couldn’t believe that I had discovered such a magnificent band in which not only was the guitarist a good guitarist, but all its members were truly exceptional in their instruments and made up a great band of friends who really enjoyed doing what they did: playing good metal.

Thus, as each Children Of Bodom album arrived in Chile, I was collecting them and I was falling in love with this group that became the soundtrack of my entire life: it accompanied me in my childhood while I made home radio programs (I always wanted to being a journalist lol), while doing solos with broom (and air) guitars; in my adolescence when I went through really dark periods, and now when re-enchanted in adulthood, after one of my “Bodom Brothers” offered me to support in the administration of the social networks of the “Chilean Hatecrew” about 6 years ago .

And let’s agree that not only did I love the band, I was also in love with its lead singer. Such an exceptional man with his instruments – guitar and voice – a rock star like no other and a humble human being when the lights went out, the amps were muted and his guitars Jackson first and ESP later, they rested in their cases.

Alexi Laiho was that platonic love of adolescence that one enjoys because he was (and is) an immortal god, impossible to reach, but as virtuous as he alone could be. His image covered my notebooks at school, my backpack, the walls of my teenage room and of course, my heart.

For many it may be an exacerbated fanaticism, but believe me that when you grow up listening to someone’s music, that intrinsic interpretation of their soul turned into song, you make them part of you, of who you are and you love and respect them for that: for accepting your invitation to be part of your life.

For people who do not understand the grief that one can have when that artist that you have admired all your life dies, believe me, you have to understand that all those people who today mourn his death, we had -symbolically- his shoulder where we could cry, laugh, get emotional and be happy.

Alexi Laiho helped me through those tough times and pushed me through them too. He prompted me to get out of bed when I didn’t feel like it was worth it and he was there for me, when no one else had the time to be, all through his glorious innate talent.

He has inspired me like no other musician in this journey of life and day after day he has strengthened me, after remembering all the beautiful memories that I have with him: when I finally got to meet him, hug him and tell him how much I admired him; when I vibrated every second being part of their concerts with Children of Bodom and The Local Band; when I finally managed to arrive and see him play in the front row in my beloved Finland for Rockfest 2018 and when I remember all the great people that I have met in this beautiful brotherhood, in Chile and abroad, all thanks to him and COB.

When Alexi Laiho left this plane, a part of me died. The good thing is that the other part is still intact to remember their legacy, to pass it on from generation to generation, evangelizing new fans and to give daily thanks for having taken that cassette that cold winter afternoon of 97′.

While this was going to be a farewell letter, I feel like I can’t say goodbye to the immortal, to someone who, one way or another, will go with me wherever I go.

Perhaps rather I have been confused and this is a letter of “see you soon”, because I know that deep down, it will accompany me all my life, because that is what music does, what melomania does: it generates an eternal bond with those who have touched your life and painted it in beautiful colors to move forward.

And if grief invades me, I light a cigarette, I turn on the radio really loud and I will know that I can always sing:

We stand and we won’t fall.

We’re all for none and none for all

Fuck you! we’ll fight ’till the last hit

And we sure as hell ain’t taking no shit”

Kary: Thank you for your beautiful friendship, sweetness and your love forever. I hope we will meet again one day to enjoy a headbanging party, ya know!

Diego: Thanks for all the good vibes yesterday, today and always.

Jason: I am pretty sure, my dear brother, that you are enjoying a great Alexi concert right now, wherever they are. I love you.

Vale From Hell: It is always nice to enjoy this passion with you and to be able to greet you every time we meet at a concert.

The friends I have met through Children Of Bodom worldwide:

Reiko (Japan): Thank you for being the best company that day in Finland, in the front row enjoying Children of Bodom and Judas Priest.

Otso (Finland): Infinite thanks for sharing this pain with me and for all those conversations, tears and shared concerts.

Elizabeth (México): Grateful to have met you there in 2014, sharing this same passion and continuing to talk to this day.

Pam (USA): You are such a nice and adorable woman!! Thank u for every kind message.

Fran Zanin (Chile): You know everything about that magical day. Total thanks for sharing my happiness  that night.

If you ever read this, want you to know I can’t imagine the pain you must be feeling right now, hun. Thank you for being a lovely woman, a noble and transparent heart, very loving to fans, and a fantastic person since day one. I am very fortunate to have had the opportunity to chat with you and I am sure that Alexi will take care of you and Shelbs day after day. In us you also have a beautiful family, never forget that.

You are a black diamond forever and ever!

I have a lot of appreciation, affection and respect for the secret surprise you sent me by email in 2017 (do u remember that?). Today it is one of my greatest treasures. Thanks a thousand times for everything Kel!

I love you very much and I hope one day I can share a drink with you to toast the enormous legacy of your beloved husband.

My heart is always with you.

To all Hate Crew members:

I hug and greet you, because we share the same passion, the same pain and the same feeling.